Now Showing in all of its Glory: Natural Hair on TV

Now showing in all its glory, natural hair on television.  Mashable takes a look at what eight shows are doing to positively promote natural hair. In this post, let’s take a look at four of our favorites.

Shows like ‘This Is Us,’ ‘Game of Thrones’ and ‘Insecure’ are changing the way natural hair is depicted on mainstream television. We’re seeing an emergence of leading ladies on television showing off natural hairstyles and it’s about damn time. For years, women of color have been challenging the societal norms around “professional hair” in the workplace, schools, and pop culture. The Cosby Show, A Different World, and Living Single are a few past shows that set the stage for popular black hairstyles to make their way onto current sitcoms and dramas.

Now more than ever, powerful characters are showing off their natural hair on TV shows and continue to break through negative connotations that have followed black hair for years.

1. This Is Us‘s Beth Pearson & her daughters 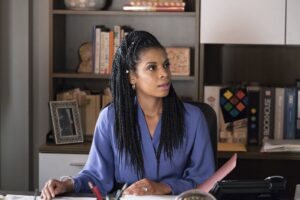 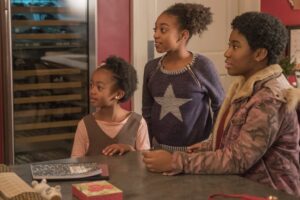 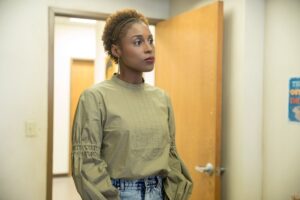 Issa Dee (Issa Rae) opens the door to prove 4C hair type has the same opportunities to be creative as any other hair type.

Issa Rae’s HBO show represents many experiences black women face, so it’s no surprise different hair types are featured throughout the series. Issa Rae has type 4 hair, according to the universal hair chart that categorizes hair types by texture and density through numbers and letters (i.e. 2A is wavy hair, while 4C is thicker hair). Rae embracing her type 4 hair helps dismantle negative views against women with thicker, shorter hair.

Image: Macall B. Polay/courtesy of HBO

Missandei (Natalie Emmanuel) is just one of the few characters of color and the only person to showcase natural curly hair on the show.

While we all gush over Daenerys’ long white hair, Cersie’s pixie cut, or even Jon Snow’s luxurious curls, we should also praise Missandei (Nathalie Emmanuel). She may be a minor character to some, but Missandei has made a significant breakthrough as being a translator and confidant to the Queen. She’s not only one of the few characters of color, but she also has had the opportunity to wear her curls on screen while portraying Missandei. 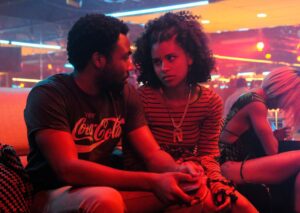 It doesn’t take a rocket scientist to discover how popular Atlanta has become in the last three years. Donald Glover’s FX series has received praised (and a ton of awards) for the portrayal of his characters and how they navigate in and around their lives in Atlanta. Glover didn’t waste time showcasing the importance of protecting, working, and maintaining black hair in the first episode of the series. Vanessa (Zazie Beetz) removing her headscarf and showing her hair in twists seems normal for many women of color, but it was still a big deal for viewers of the show.

May these shows motivate others to continue representation of diverse hairstyles on television.

#AskKarlinesSalon  about natural hairstyles and specials. We’re just a call or click away. Here’s to healthy and happy hair.

00:00 Add to calendar New Year, New You: Make an Appointment

This 30-minute express facial treatment is great for all skin types. It includes a cleanse, exfoliation, extractions, and calming mask. Ask for the Duval Mini Maintenance special.

Get your hair groove on and a free gift too. Make a Friday appointment today. One free gift per client while supplies last.

The perfect combination of products to care for your hair at home and in-between salon visits. Each bundle includes shampoo, conditioner, styling or wrapping lotion, and shine serum. Plus, you’ll receive a free KS Satin Scarf/Bandana.

Save $10 on Blowouts every Tuesday! Price includes shampoo, conditioner, and trim. Regularly starting at $90.